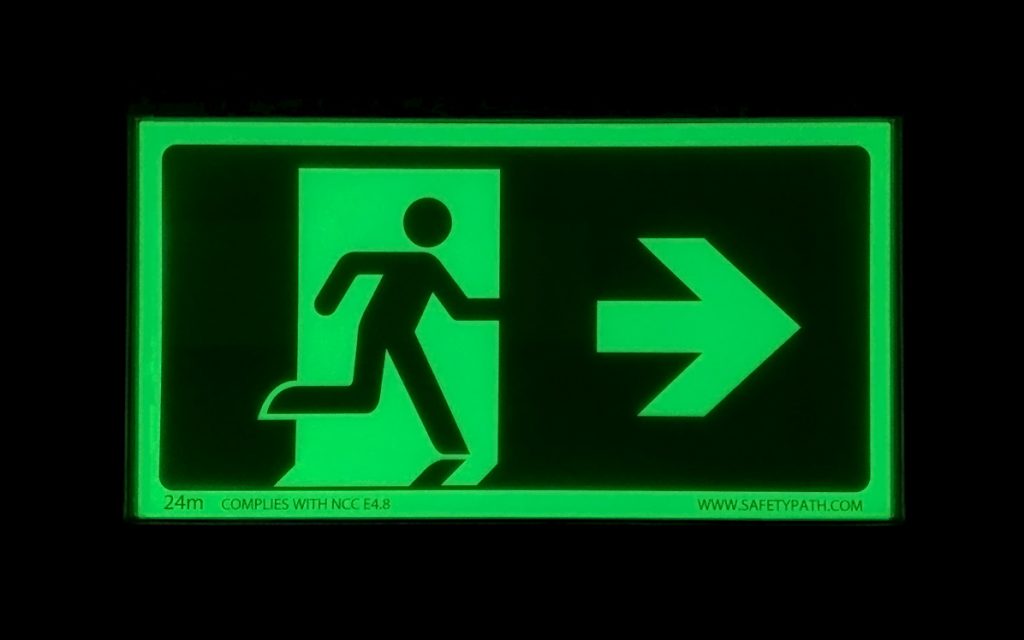 Continuing to use old electric-battery exit signs is locking a business into buying and maintaining a comparatively short lived and failure prone technology.

When working, every electric-battery exit sign is a light left shining day and night. That means increased energy bills and more emissions.

It also means electric components, batteries and globes that can fail.

Units that fail are often ignored because it’s so expensive and disruptive to replace them, or their replacement is delayed until the next 6 monthly electrical inspection.

The units that fail are typically thrown away when they’re eventually changed over.

What to do about it

To combat the failure rate of electric-battery exit signs and to manage their risks, building owners and facility managers are often encouraged to install a building management system or central monitoring system to report the status of each sign. That comes with costly installation and networking costs, even more expensive network models of exit signs and ongoing licensing fees for the management system.

With Safety Path environmental exit signs having a 12 year warranty, they will last. And without electrical components to fail there’s no need for expensive monitoring systems or 6-monthly electrical inspections.

Safety Path also has hybrid LED Exit Signs that have a highly energy efficient LED as a light source, and still no electric-battery to fail. Hybrid LED Exit Signs are ideal for where there’s energy saving lighting or building spaces where the lights aren’t on, such as basements and service corridors.

If you genuinely care about safety then its hard to argue with the science of photoluminescent exit sign technology.

When there is a better technology for many applications, facility managers should be asking whether it is commercially viable and sustainable to be installing exit signs using the outdated technology in an electric-battery exit sign.

Photoluminescent exit signs are commercially viable because they have:

The business case for their use is clearly there because some of Australia’s biggest companies are installing them.

Continuing to use electric exit signs in new and existing buildings is wasteful, locking facility managers into an endless cycle of electrical inspections, replacement units and networking costs for a control system, which only benefits suppliers of electric-battery exit signs. With Safety Path’s high-quality photoluminescent exit signs expected to last 30 years, there’s big savings to be achieved.